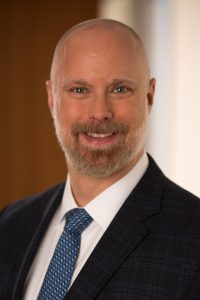 Throughout the summer, the CAS has been poring over data to try and explain where our 8% annual growth rate of new members is coming from and what commonalities there may be amongst our new members.

In terms of CAS members (defined as ACAS or FCAS), what we found was that approximately 10% to 20% of all members who graduated in the 80s, 90s and 00s had self-reported as actuarial science majors. Over the last decade, this number has jumped to 40% for those who graduated in the early part of the 2010s and is now closer to 55% for those newest members.

We see a similar trend occurring with our candidate population, where the majority of our candidates are coming from North American universities (United States and Canada) that have formal actuarial science degree programs.

In almost all cases, the biggest shift, not surprisingly, is a reduction in math and statistics majors over the decades as our candidates and members instead gravitate to actuarial science majors.

So, why is this shift happening and what do we believe the impacts could be in the long term for the CAS?

Let’s address the first question: Why do we think this trend is occurring? I’ll highlight a few possible reasons:

There may be other reasons for these trends, but they paint a realistic picture of what is happening to our profession. They compel us to consider what the unintended consequences may be on the CAS and our community going forward.

The biggest consequence can be boiled down to one topic: a potential lack of diversity in our community. Looking through the lens of race and gender, we are aware that the CAS and other actuarial organizations need concrete efforts to address diversity, but we may also be victim to a lack of diversity of thought. In our growing membership, more than half of our newest members have gone to universities offering actuarial science degrees. We need to attract skills, not necessarily specific majors. Skills for successful actuaries span a multitude of concentrations — actuary is the quintessential multidisciplinary profession, as my former professor Rick Gorvett was fond of saying. These skills do not need to be obtained through actuarial science degrees, or even math and statistics for that matter.

The CAS Board of Directors thinks that diversity of candidates and of thought is something that requires some attention, and they want to develop tactics to draw in more future members from different universities, different majors and different careers. A few tactics that the CAS Staff and Board are currently considering include the following:

What other ideas might you have to help the CAS consider a more diversified pipeline of future members? Please email Mike Boa at mboa@casact.org with your ideas or comments.