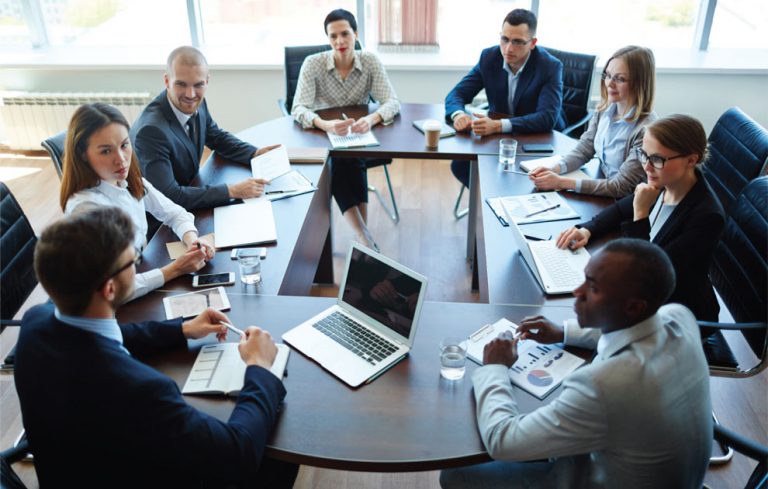 A few years ago, I attended a management meeting that I was convinced would be contentious. Some of the managers wanted the company to cease writing several lines of business. Understandably, the managers of those lines were inclined to continue writing. The chief financial officer and I (as chief actuary) had done some research and realized (independently) that the lines of business in question had, indeed, turned around their financial positions and were headed towards profitability. The CFO further confided to me that, if we dropped the lines in question, the expense ratio for the remaining lines would rise to an unprofitable level. The CFO and I were prepared for the meeting, and each of us brought in a formidable stack of paper to provide evidence of our discoveries.

The early part of the meeting itself was like a warm-up for an explosion. When the president brought up the question of whether we should continue writing the subject lines of business, it felt like someone had lit the fuse to a Fourth of July rocket — and a big one at that. I waited for pandemonium to erupt . . . and then . . . nothing.

The CFO then spoke: “We need to give those programs a little more time, but at this point, it appears they might be turning profitable.” And so we moved on to the next topic.

What I didn’t know was that he had spoken privately with all the attendees of the meeting, telling them of his findings and allowing them to understand the facts beforehand.

At another meeting, the senior-most member went into a long rant about everything wrong with our work, our business units, the marketplace in general, and just about anything else that came to his mind. It was a tantrum worthy of a spoiled three-year-old, but when it was over, the rest of us simply went on with the rest of the meeting as though nothing had happened.

So why is it that some meetings are productive, others turn into “verbal food fights” and still others are simply wastes of time? And what can you do to arm yourself in case you and your work become targets in a much-dreaded meeting?

A lot of keeping meetings productive has to do with understanding the roles the participants play in the meetings. As for keeping a target off your back in a meeting: First, do a good and thorough job of preparing (this is a given) and second, compile supportive evidence so you are ready to defend your position.

Understanding personality types, like those espoused by Myers-Briggs, can help us understand how some people operate and what to expect from them. I tend to use Myers-Briggs and other categorization systems to help me recognize how people will act in a meeting. While people may change roles for different gatherings and groups, they tend to be of a basic type.

There are those who try to get agreement from all of the participants before the meeting, like the CFO in the first meeting. They are called arrangers. Arrangers don’t always bend over backwards for everyone, but they try to achieve compromises that are acceptable to all.

Some participants are out to tear down anyone in their career path. Embarrassing the opposition or creating bad press for them in a meeting guarantees more than one person hears the damaging news, whether or not it is true. I call these folks destroyers.

Then there are the clowns. Their only purpose is to entertain, and a meeting provides them a stage. I have used humor to break the mood in a meeting before, but clowns treat a meeting like a performance. I usually don’t invite them to a meeting.

The contrarians can serve a useful purpose. Always on the opposite side of everyone else, they provide a reasonable devil’s advocate and bring up issues others might not consider. But once a decision is made, they need to support the outcome.

Reporters are people who come in place of the persons you invited, and “report back” to the invitees. They come with no authority, mainly listen and sometimes answer questions.

Reporters should not be confused with true representatives, who have the same voice and vote as the decision makers for whom they are standing in.

Obstructionists do not want the meeting to be successful for whatever reason. Often it is because they did not get their way in the past.

Orators like to hear themselves speak and will do so often and at great length. They expand the amount of time in a meeting well beyond its useful limits, if getting something done is what you consider useful. They believe that it is beneficial for them to impart their knowledge to the masses.

Wallflowers are warm bodies in the conference room. For whatever reason, they do not contribute to the discussion.

Peacemakers  try to arbitrate between opposing sides without offending either.

The next time you are in a meeting, see if you can identify some of these meeting types. If you can, it might give you a better perspective of the meeting.

I tend to be prepared for meetings with stacks of papers and notebooks full of charts and graphs. In yet another meeting that I expected to be a blowup, I came armed with evidence. I had the facts to back up my position, something I suspected my opponent would not have. That meeting did not degrade into a shouting match. My preparation, the exhibits and the illustrations I had brought enabled me to make a reasoned and unemotional rebuttal to the emotional plea that was to be presented.

But unless I have reviewed all of the materials right before the meeting and know where everything is, I may lose opportunities to support or rebut a position because I am busy looking up stuff in a stack of paper. Properly organizing data is crucial.

Agenda items in meetings can move from one point to another rather quickly, and a few seconds may be all you have to make your point. Indexes, tabs, a summary — all are helpful, both at the meeting and as some things to go over as a reminder before the meeting starts. Organized documentation can serve as a fire suppressor, even to those who tend to “not be burdened with the facts or with reason.”

I cannot promise that you will never, ever, ever have a combative meeting, but knowing who you are dealing with and arming yourself with documentation will help you get through that dreaded encounter.