It is a delicate balance to ensure that property-casualty insurance products properly address longstanding, systemic, racial inequities, actuaries were told in a virtual general session, “Spotlight on Race and Insurance,” at the CAS Spring Meeting in May.

The trade-off could require actuaries to explicitly consider customers’ race as they construct their models, panelists Birny Birnbaum of the Center for Economic Justice and Dorothy Andrews of the Actuarial and Analytics Consortium suggested in their remarks. Currently, insurers are prohibited from collecting customer data on race or considering it in the rating of their products.

Schmidt gave an update on the NAIC’s Special (EX) Committee on Race and Insurance, which consists of five workstreams:

Schmidt is chair of the property-casualty workstream. The workstream is trying to determine steps that can be taken to mitigate the impact of residual markets, premium financing and nonstandard markets on disadvantaged groups. They also want to develop ways to improve access to underrepresented groups through education, outreach and consumer partnerships. The workstream is collaborating closely with other actuary-centric NAIC groups, such as the Big Data and Artificial Intelligence Working Group and the Casualty Actuarial and Statistical Task Force. They also will be working closely with the CAS, Schmidt said.

“There is a history of discrimination that leaves a legacy of outcomes that are embedded in actuarial variables,” [Birnbaum] said.

Much of the discussion has involved pricing of insurance products, particularly personal auto, and the NAIC may be collecting data by race to better understand how and why race and insurance products interact.

“Many of these issues are very difficult,” Schmidt said. “We must be mindful of how we develop tools for regulators. We have to do everything we can to have an industry that looks like the people we serve.”

To address systemic racism in auto insurance pricing, Birnbaum has proposed a model that explicitly considers race as a variable. He notes that race has been banned as a variable even though it can be predictive.

The simplest example of how race can be predictive comes from life insurance. White people live longer than Black people. That, he said, is because Black people have been systematically discriminated against in housing, policing and health care. Such discrimination would shorten life expectancy.

Some of that bias, he said, creeps into the rating variables actuaries use. “There is a history of discrimination that leaves a legacy of outcomes that are embedded in actuarial variables,” he said.

To tease out the discrimination, his modeling approach would explicitly look for how all other variables are correlated with race.

A model in which race is not a significant predictor and whose other variables are unchanged by, and uncorrelated with, the race variable would appear to be free of discrimination and could be used as is.

An example of proxy discrimination would be as follows: a model in which race is a significant predictor and has a variable that is both correlated with race and has lost its predictive power because of the introduction of the race variable. That variable would have to be removed from the model.

A model in which race is a significant predictor but whose other variables are largely unchanged would be an example of disparate impact. What happens to the model would depend on whether the other variables are essential to the insurer’s business purpose or whether less discriminatory approaches were available.

A model in which race is a significant predictor but whose other variables have changed and lost some of their statistical significance would be a model with elements of proxy discrimination and disparate impact. The model would need to be revised and perhaps some of its variables prohibited.

This methodology, Birnbaum said, should be used in all types of modeling that insurers employ — pricing, marketing, claims settlement and anti-fraud initiatives.

Andrews said race could be incorporated into models to tease out algorithmic bias — the embedding of systematic discrimination into an algorithm.

The concept is drawing legislative scrutiny, she said. Ninety-four bills in the last session of Congress focused on algorithms. Two dozen have already been proposed this year. Andrews endorsed the concept of algorithmic accountability, defined as “the assignment of responsibility for how an algorithm is created and its impact on society.”  The accountability starts with an audit. Part of the audit is to examine how well the algorithm fits the data. “If an algorithm has a poor fit, it should not be put into production.”

The audit should transcend statistical rigor, she said. It should also examine an algorithm from a social science perspective.

Using race as a variable has become a popular way to ensure that an algorithm is free of bias.

“By using race, firms can be forced to statistically isolate and remove the adverse effects of race in models,” she concluded.

Schmidt, the Kansas regulator, said using an explicit race variable is “worthy of much more discussion.”

Birnbaum agreed: “You have to measure what the problem is.” 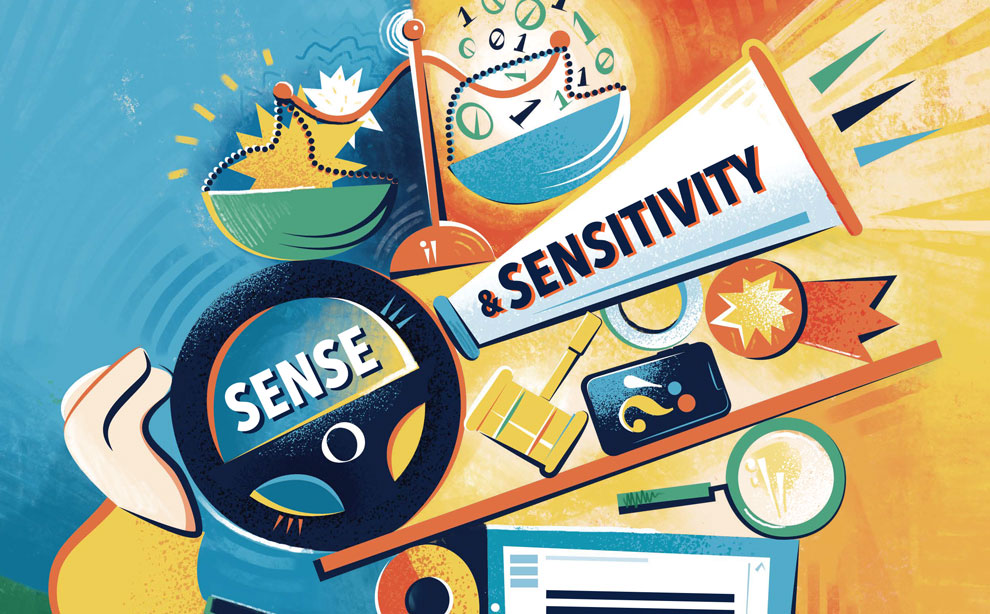