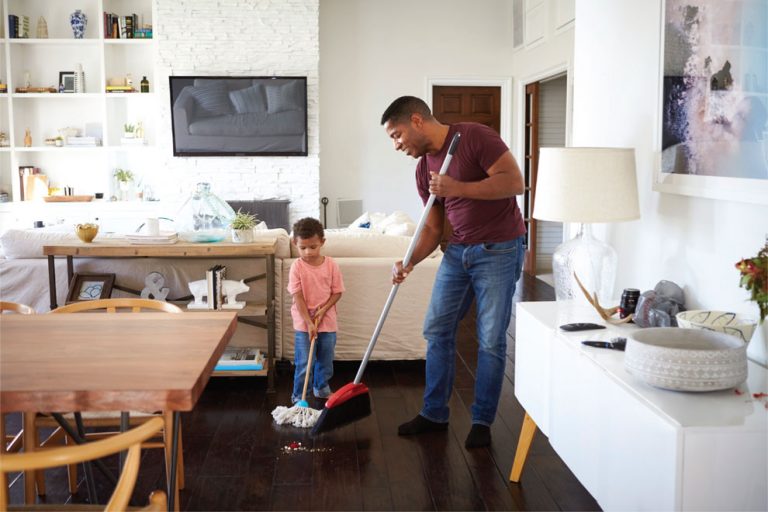 “You can observe a lot by just watching.”
—Yogi Berra

“You can learn a lot by just paying attention.”
—Grover Edie’s rendition of Yogi’s quote

In recent weeks, I have been working with our grandchildren on a variety of house-related chores. My younger son is preparing to move, and I have been at his house helping to paint doors, replace floor trim and do other repairs. My older son’s children stayed a few days with us and helped with yard work, cleaning and painting the garage, and performing some other tasks.

When the grandchildren are at their own homes, chores are dictated by their parents without an opportunity to negotiate. They describe it as a form of a communist dictatorship: The state (parents) own the assets and dictate where the kids will live, what they will eat, what they will do (chores) and where they attend school.

At our house, it is more like a capitalistic free-market society: The grandchildren negotiate for the jobs available, negotiate the salary and can accept the job or decline to do it.

Initially, I was a bit miffed. My wife, Diane, was willing to pay the grandchildren for chores I could do for free! But then I had an epiphany.

First, Diane completed her own tasks.

Second, she was fulfilling the grandchildren’s desire to make money. Diane could dictate the terms and condition of their work. She always inspects their work before paying them, which guarantees quality results.

When I was in management, I used to try to delegate work to the lowest pay level that could perform the work. Sometimes I stretched my staff a bit, but getting the work done this way was just good management. Diane was doing the same thing, although without the lowest pay part of it.

I thought supervising the grandchildren on the various tasks that needed to be done would be simple for me — I had been a manager/supervisor for decades. What I realized was that supervising my grandchildren’s work involved a different style for each one. I wonder if I realized that when I was at a company with people reporting to me.

At first, having the grandchildren watch me do the task and then making the transition to do it themselves, seemed to work well. But no matter how careful the instructions, something always seemed to come up that required more instruction or the experience of someone (me) with a tool or task. Not every contingent situation could be covered in the initial demonstration of how to do the work. This was especially true when it involved a task they had never done or a tool they had never used.

Looking in on them periodically helped. Sometimes they would get stuck and didn’t want to ask me what to do next, so they just stopped working. My “dropping by to see how it was going” solved some of the problems that cropped up.

I thought supervising the grandchildren on the various tasks that needed to be done would be simple for me — I had been a manager/supervisor for decades. What I realized is that supervising my grandchildren’s work involved a different style for each one.

Timing and patience had a lot to do with getting the grandchildren interested in a project. Often the interesting tasks weren’t ready to be done until the more mundane ones were finished. Checking on their progress also reduced the time they got distracted into doing something else. For instance, I have a salt gun to shoot carpenter bees. It was more fun than painting the garage ceiling, so sometimes one of them “went on safari” searching out big game: carpenter bees. I had to get him back to painting a few times.

Several times, I would be using a power tool on a project with one of them, get the task started and then ask, “Do you want to try it?” I could sense both excitement and hesitation — the task looked neat, but dangerous. Given a little encouragement and a repeat of safety instructions, they took on the task. Was I as patient and considerate with my staff at work when I gave them a new assignment or asked them to give a presentation? I hope so.

Working with my grandchildren helped me too. I could get distracted as easily as they could, and I found that doing a project with one of them helped to keep me on track. Having a goal in mind does a lot to motivate me. My hope in sharing that goal and the desired results with the grandkids was to motivate them as well. For each task, however, I had to let them know how the result would benefit them personally.

My wife and I also took into consideration the skills of each of the youth. One is a whiz on the computer, so he got the jobs that needed to be done on the PC. Another is an excellent planner, so she got the jobs that dealt with sorting and organizing things. One didn’t want to do anything, so he missed out on some of the fun tasks.

Now the garage and the yard look a lot better, a lot of loose items are organized and put away, and I don’t have a long list of to-dos hanging over my head.

As I put the finishing touches on this article, I realized that I wished that I had the sense to hire out more work earlier in my life. Now I know, you can “buy time.”