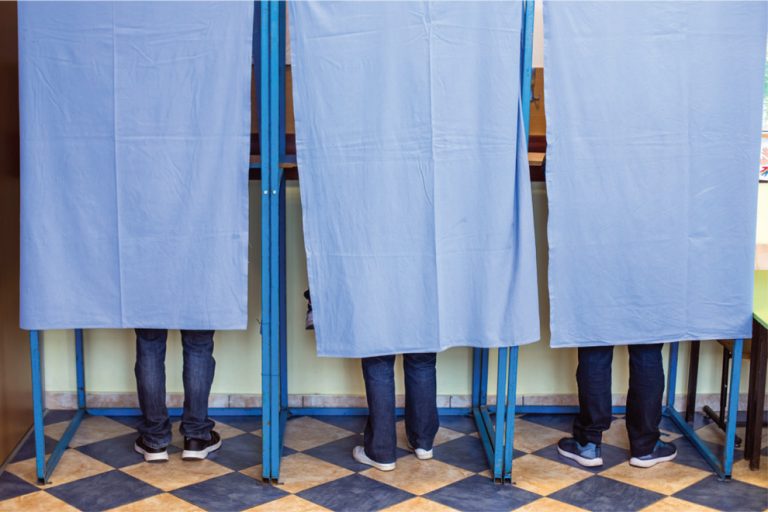 A pollster anonymously surveyed voters before the elections. Unfortunately, during the last survey, a hacker broke into the polling software and publicly disclosed the identities and reported voting preferences of individual participants, literally as they pressed buttons on the survey form. Consequently, militant partisans retaliated against many survey participants. Survey participants suffered grievous injuries to body, property or finances. They were murdered, assaulted, robbed, vandalized, or they were fired from jobs.

Since anonymization alone is not sufficient to guarantee the safety of participants, the pollster intends to modify how the polling mechanism reports each response to achieve a “60/40” protection standard. Under this standard, even if a participant’s identity and reported response were disclosed, the true intended response of the participant could only be determined with a 60% probability of being correct. This should deter all retaliation, as there would be a 40% chance of “friendly fire” for any individual a partisan targeted for attack based on disclosure of that individual’s reported response.

Only two candidates are running in the next election and correspondingly, only two responses are on the polling form; no “undecided-” or “don’t know-”type responses are allowed. Normally, without implementing the 60/40 standard, a sample of N voters would be surveyed, for a margin of error (standard deviation) of 2% in the overall result. Can the software be modified to report individual responses so as to satisfy the 60/40 standard? If so, how much must the sample size be increased so that, even after the 60/40 standard is achieved, the margin of error for the overall result is no more than 3%? 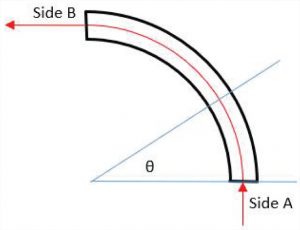 It can be shown mathematically, with calculus, that the index of refraction would have to reach infinity to actually bend the light continuously by a total of 90 degrees when it leaves the circular path inside the annulus. This is either impossible or impractical, since it implies the laser beam would stop moving before it exited the optical element. Bob Conger took the practical approach of a physicist or engineer. Here is a condensed version of his description of his solution:

“I think Dr. Snell should be skeptical about the device. I built three spreadsheet models, varying the index of refraction with each 0.1- (version 1) or 0.01- (version 2) or 0.001- (version 3) radian increments in θ. I set the index of refraction equal to eKθ, where [θ] is rounded down to the next lower 0.1 or 0.01 or 0.001. I attempted to solve K, as a constant, to match the circular arc path for the laser beam. The form eK[θ] allows for the ratios (n1/ n2; see below) of the indices of refraction to be constant for each boundary transition.

“To come close to making the 90-degree bend in a path similar to a quarter circle, I needed to use a value of K ≈ 8, implying an index of refraction varying from 1 to approximately 800,000 inside the optical element. Since 6 was the highest index of refraction I could find referenced in my reading, it seems highly unlikely that the patent applicant has developed, or could develop, a translucent material with a refractive index 100,000 times greater. Even with K = 8, the light beam has not yet achieved a horizontal path when θ reaches 90 degrees or π/2. Rather, with K ≈ 8, the light beam is traveling about 10 degrees above the horizontal when it reaches the end of the device. The path of the light beam’s travel is still not circular. If the distance from the imaginary point where θ is measured to the light path when it enters the device is 1,000, the distance is about 1,100 to the light path when it exits the device. Since the light beam path is constantly having to be pulled (by refraction) inward towards the circular path, the slope of the light beam path (absolute value) will always be greater than tan (θ), and thus, the path will never be perfectly circular with K < ∞.

“Manufacturing a material that has a continuously varying index of refraction would be a considerable challenge, particularly since it would need to be accurate down to the granularity of the wavelength of laser beams.

“It appears that the only way to get the ray to bend completely to exit the device (as pictured in the puzzle) at 90 degrees is to have an infinite index of refraction (and even at that, the final path before hitting the exit face will be above the horizontal by a tiny amount). But in any case, since an infinite index of refraction is not achievable, a more practical solution might be to extend the device by about 7 degrees past the proposed 90 degrees in the submitted design. Once the designer has determined the exact device dimensions at which a horizontal light beam is achieved just prior to exiting the device, the final exterior face of the device will need to be perpendicular to the beam to ensure that the beam does not get refracted away from the horizontal path as it emerges from the device into the surrounding medium (e.g., vacuum or air). But this is still not practical, since it still requires an index of refraction far in excess of anything ever cited in my reading.

“I also found reference to an index of refraction less than zero, of which radio waves bouncing in the plasma of the earth’s ionosphere were cited as an example, curving around the bend of the earth. I’m not quite sure about the mathematics of that process, but it sounded like an interesting direction of exploration for another researcher. Perhaps the beam of light could travel along the inner edge of the center of the device. This seems more like reflection than refraction, but the reading does refer to it as refraction.”