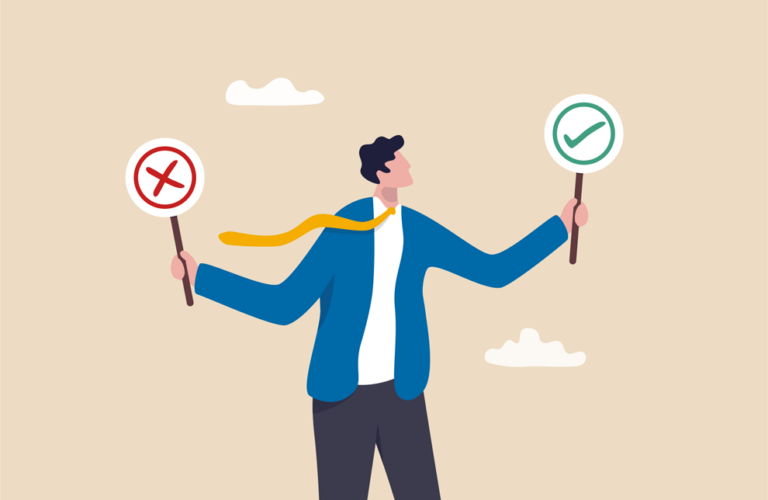 Members of the CAS Professionalism Education Working Group write Ethical Issues, the intent of which is to stimulate discussion among CAS members. Therefore, positions are sometimes stated in such a way as to provoke reactions and thoughtful responses on the part of the reader. Responses are welcomed; email ar@casact.org. The opinions expressed by readers and authors are for discussion purposes only and should not be used to prejudge the disposition of any actual case or modify published professional standards as they may apply in real-life situations.

Fagin, FCAS, is a partner at Bumble Actuarial Consulting (BAC). For several years, BAC has been developing the Claims Master 3XB (3XB), a complex claims-management system. The 3XB tracks claims from the time of reporting through settlement and uses predictive modeling and machine learning to help insurers set case reserves based on a claim’s characteristics and prior claims that have similar characteristics. The 3XB also will flag claims that may require particular attention due to their complexity or propensity to be fraudulent.

BAC has invested hundreds of thousands of dollars and thousands of hours developing the 3XB. They brought it to market two years ago, but sales were less than expected. It is unclear if the lagging sales are due to inadequate marketing or the 3XB’s annual licensing fees. The senior partners are pressuring Fagin to increase sales or find other employment.

Sikes, FCAS, is a consulting actuary at BAC who specializes in reserve opinions. Sikes is working on a reserve opinion for Artful Dodger Insurance Company (ADIC), a small commercial and personal lines insurer located in Mudfog, North Dakota. Fagin has been in discussions with ADIC management over the purchase of the 3XB for the past six months. They were initially hesitant to pay the high price tag, saying the investment was too large for a company their size. Fagin made a presentation that showed the 3XB would more than pay for itself in lower or denied claims dollars in about three years. He feels the presentation was successful and believes they are close to signing a contract.

Sikes has just completed her analysis of ADIC’s third quarter loss and loss adjustment expense reserves. Her analysis indicates that ADIC’s held reserves are just below the low end of her range of reasonable estimates.

Fagin calls Sikes into his office.

“Sikes, how are you doing on this rainy afternoon? Did you have a good weekend?”

“I’m concerned,” continues Fagin. “I read your summary of the reserve opinion for ADIC. A deficient opinion? Really? BAC’s prior reserve analyses have shown ADIC had adequate reserves for the past five years. What changed?”

Sikes explains, “The deficiency is being driven by adverse development on claims in older accident years. The majority of their book consists of small construction companies, general contractors and artisan insurance, as well as a focus on liability-only personal auto policies. They usually release IBNR reserves after 24 months and any adverse development beyond that they cover with current year IBNR. However, their historical experience shows claims have continued to develop up to 60 months. In the past year, they have seen considerable development on claims from over three years ago, but they have virtually no case reserves for these claims and very little IBNR in these accident years.”

Fagin’s scowl turns into a grin.

“Interesting. So, they are doing a poor job of managing claims — not settling the big ones soon enough or not setting adequate case reserves on the liability claims. These then come back to bite them in the [expletive deleted], and they have to use current year IBNR to settle them. They could really benefit from the 3XB … maybe even more than I projected.”

“I suppose that could be true,” says Sikes. “I didn’t work on the 3XB, but based on what I know about it, ADIC would probably find it beneficial.”

“I’m so glad to hear you say that,” exclaims Fagin. “We have the opportunity to do good here. ADIC is close to buying the 3XB, and we can explain that their adverse development is due to poor claims management. This information will probably be what it takes to close the deal.”

“But there is a problem,” continues Fagin. “We need to sign off on their current reserves as being reasonable. I’ve been meeting with ADIC’s management for months trying to make this sale, and I know how cheap they are. If we tell them they have deficient reserves they will back away from the sale, even though the 3XB will save them money by helping them manage their claims process. Are you following my train of thought?”

Sikes frowns. “Ummm, not really,” she says. “Are you suggesting that I sign off on reserves that I believe to be deficient?”

“How long have you been an actuary?” Fagin asks.

“I’ve been working as an actuary for 10 years,” Sikes says. “I got my FCIA three years ago. I’ve also been working on U.S. accounts for the last five years.”

“Well, I’ve been doing this for almost 30 years,” Fagin boasts, “and I’ve had my FCAS for over 20 of those years. I’ve learned actual actuarial work is more nuanced than the ‘follow-the-ASOPs-and-Code-of-Conduct-and-all-will-be-well’ mantra that the CAS promotes. In the real world, we make decisions that affect our business and careers. This often involves weighing the pros and cons of different courses of action. It’s a lot more gray than black and white.”

“Let’s think about this from that perspective,” Fagin continues. “If you opine that ADIC’s reserves are reasonable, will they go under next year? They are just below your reasonable range. Could your range be wider than you originally estimated?”

Sikes is confused by Fagin’s line of reasoning. “I can’t really say with certainty,” says Sikes. “I’d have to revisit how I determined my reasonable range.”

“Sikes, in your professional actuarial opinion, is there a greater than 1% chance that they go bankrupt next year with their current reserves, yes or no?”

Sikes becomes increasingly uncomfortable by the line of questioning regarding her analysis. “Since I feel like you are forcing me to answer,” she says, “I’d have to say I don’t believe they will go under next year.”

“Great,” Fagin says. “So, they’ll probably stay afloat with their current reserves, and you also agree that they would benefit from the 3XB. So, I think we have two options:

“Which option sounds better to you?”

Dear Readers: Following are some questions for your consideration.

We would love to hear your views on this scenario. Please submit your responses and comments to ar@casact.org with the subject “Ethical Issues.” 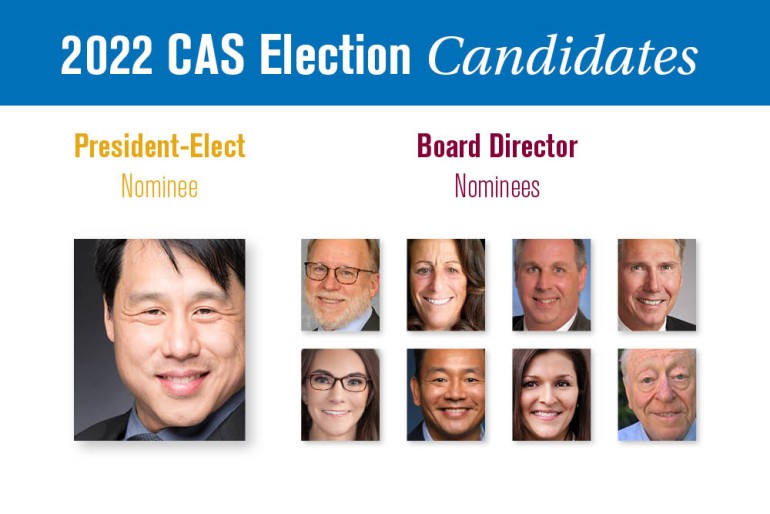 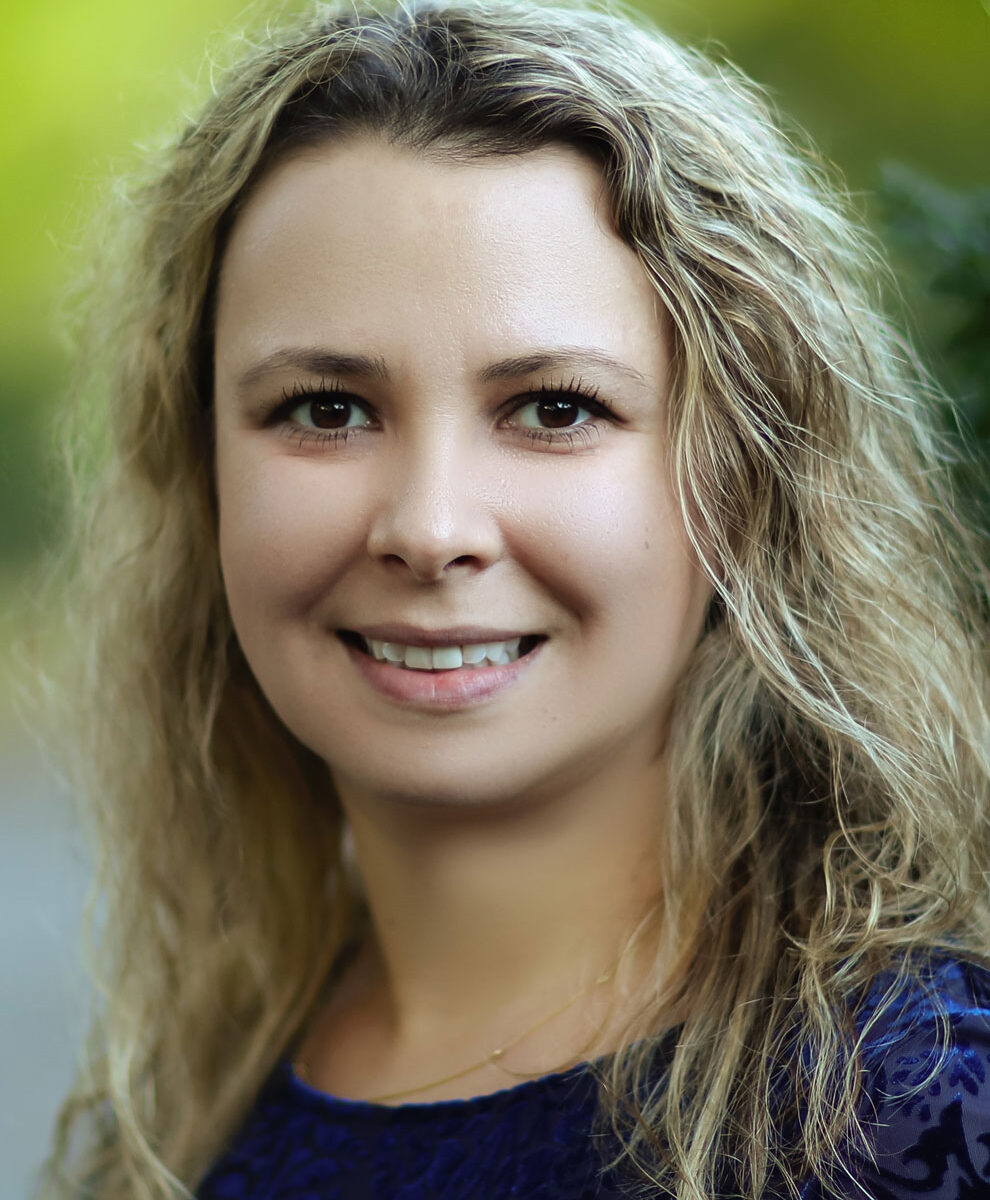