The Above and Beyond Achievement Awards

Peter Bothwell, FCAS, is recognized for his outstanding service on The CAS Institute’s (iCAS) Certified Specialist in Predictive Analytics (CSPA) Committee. His committee work was crucial to meeting schedules for syllabus writing and editing. “I volunteer because the CAS has provided me with a fun and rewarding 40-year career,” said Bothwell. “We were the first analytic professionals, and the Fellows of our Society enjoy a great reputation. I want to do everything I can to preserve that.”

Jill Labbadia, FCAS, is recognized for her many years of contributions to the Exam Committee, but in particular for her new responsibility of compiling, proofreading and constructing the Examiners’ Report. “It is reassuring to see so many people not only give so much of their time, but understand and appreciate how important the process is,” said Labbadia. “At some point, we were all on the other side of the fence and are fully aware of how much each exam can impact not only a candidate’s career but personal life as well.”

Julie-Linda Laforce, FCAS, is awarded the 2017 ABAA for her leadership and contributions to the Committee on Professional Education, most notably for establishing a peer review subcommittee. “Volunteering has allowed me to meet and exchange with other actuaries while contributing to the profession. I truly enjoy the interactions with the next generation of actuaries,” said Laforce. “I am a better actuary because of the knowledge I have acquired in my discussions with my peers and future actuaries.”

Christine Liao, FCAS, is honored for her outstanding contributions as the treasurer of the Casualty Actuaries of Greater New York (CAGNY), a CAS Regional Affiliate. “After completing the long journey of taking the CAS exams, I had been looking for a way to give back to the CAS and was very glad that I was able to do it through CAGNY,” said Liao. “I enjoyed making an impact by providing the greatest experience for the CAGNY meeting attendees twice a year and supporting the actuarial students through scholarship.” Currently, she serves as CAGNY vice president.

Scott J. Swanay, FCAS, is acknowledged for being a critical member of the CAS Working Party on Microinsurance. “Not only did his personal experience give us needed firsthand insights, but Scott also attended every single call and offered valuable feedback and suggestions for how to move forward the work,” wrote his nominator.

“I enjoy the sense of camaraderie that can develop among members of a team,” said Swanay. “There’s a sense of personal satisfaction and accomplishment that comes with volunteering that’s hard to match.”

Melissa Tomita, FCAS, has been given the award for her time serving as a University Liaison at Arizona State University. Her nominator noted that Tomita “is contagiously excited about actuarial science.” Tomita has also served as chairperson of the University Engagement Committee.

When asked why she volunteers, Tomita replied, “I love my profession. It has been such a good fit for me. I volunteer with the University Engagement Committee to ensure students have exposure to the P&C world and can determine if it would also be a good fit for them.”

Scott Yen, FCAS, is awarded the 2017 ABAA for his work with the Asia Regional Committee and promotion of the CAS brand in Asia. “Scott’s is the most familiar face to the members of the CAS in the region,” wrote his nominator. “He made more people know about the CAS in a region where the CAS is not so well-known.”

Yen finds that working with CAS members and actuaries from other actuarial societies who have similar aspirations is very rewarding to him and the CAS. “As a result,” said Yen, “some younger CAS members have embraced the aspirations and assumed key responsibilities in promoting the CAS.”

Recognizes volunteer contributions during an individual’s first five years from their most recent credential.

Charles Lindberg (FCAS 2015) is honored for outstanding contributions to the Exam Committee, which he joined shortly after completing earning his FCAS. “As grueling as it was to go through the exam process, it taught me a lot about myself and how hard I can push my limits,” said Lindberg. “With the opportunities the CAS has allowed me, it only seems fair to do my part for others. I enjoy the community, helping the CAS reach its goals and continuing to push myself.”

Erin Olson (FCAS 2015) is recognized for her service on the University Engagement Committee, in particular her significant contributions to the Case Competition Working Group, which she currently chairs. “I volunteer for the CAS to get a broader picture of the work that actuaries do in the world, especially in areas outside of my own field of practice,” said Olson. “What I enjoy most about volunteering is the opportunity to work with people from different companies all over the country.”

Acknowledges CAS members who have made considerable volunteer contributions to the actuarial profession over the course of their career.

For nearly 20 continuous years, Eugene C. Connell, FCAS, has served on a diverse list of CAS committees and groups. His work includes chairing the Editorial Committee and serving on the Board of Directors (2006-2011). He is currently chairperson for both the Task Force of Continuing Education and the CAS Literature Review Board. With a self-professed “unquenchable desire to stay busy,” Connell said that volunteering has given him the opportunity to meet and get to know many actuaries whom he would not have met otherwise. “Our interactions were always brain-stretching as well as relationship-building,” said Connell. “The resulting friendships have been an enduring pleasure.”

Since 1988, Rhonda Walker, FCAS, has volunteered with the Exam Committee, coordinating placement of all exam writers and graders — and she continues to do so despite being retired. Reflecting on her service, Walker said, “The CAS opened the door to a rewarding career for me. Volunteering has given me the opportunity to be more deeply involved with the Society and to give something back. I would strongly encourage new and experienced Fellows to volunteer for the Syllabus and Examination Committee.”

Beth E. Fitzgerald, FCAS, has received the Rodermund Award for her many years of volunteerism spanning multiple committees and groups. Just some of her accomplishments include serving as part chair and other positions with the Examination Committee, as chairperson of the Volunteer Resources Committee and as a director on the CAS Board (2009-2012). The period that stands out to her the most is when she served as the vice president-professional education; she started the first task force to provide continuing education through webinars and worked on the early drafts of the Code of Professional Ethics for Candidates to foster professionalism. “I volunteer to contribute to making it the great profession [that] it is.” Fitzgerald said. “The CAS has a wonderful culture of volunteering, and it is one that I have embraced!” 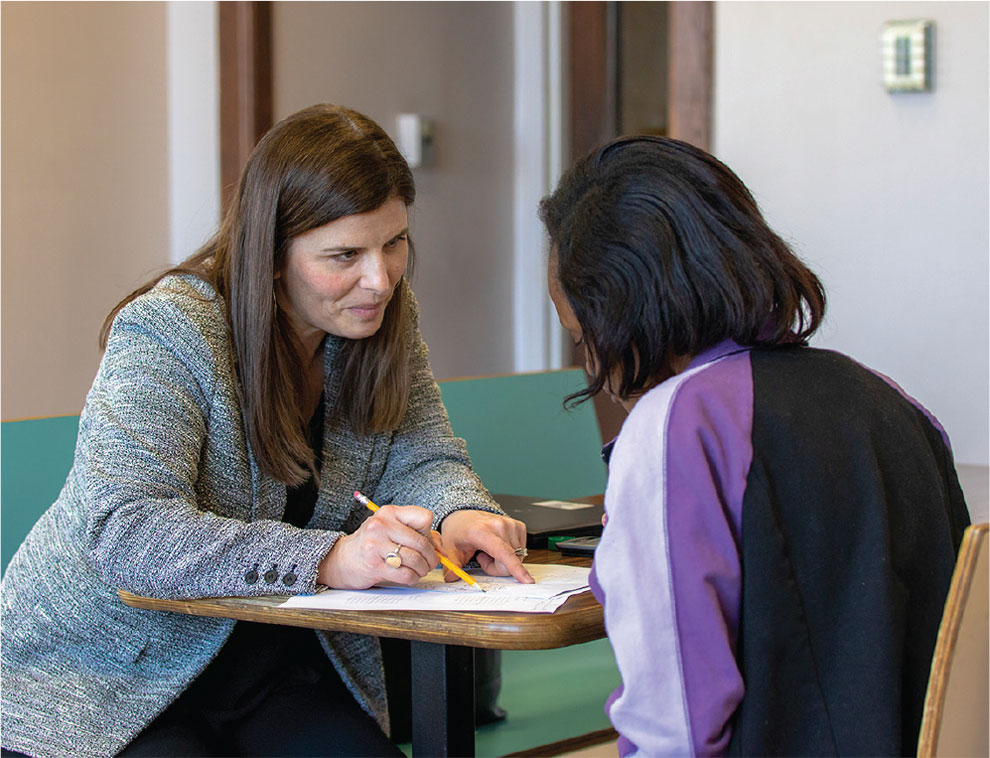